Considered one of the most challenging yet rewarding techniques when applied with practice and precision, a well-executed kick is enough to break down the toughest opponents.

With origins in dozens of martial arts, the most famous being Muay Thai, Karate, Kickboxing, and Capoeira; kicks are hard-hitting strikes that utilize the strongest muscles in the body in conjunction with tactical awareness.

A well-executed kick can turn the tide of any physical altercation by dealing a tremendous amount of damage to your opponent regardless of where the kick lands.

Think about it, regarding striking, a punch is a tack hammer that chips away at your opponent, while the kick is an iron bar that destroys anything in its path while stopping your opponent dead in their tracks.

In preparation for this article, I met with state and national Judo champion, professional Mixed Martial Artist, and the coach of Route 250's Fight Team based out of New Philadelphia, Ohio, Andrew Law.

Words with the Coach

In a sit-down interview with Coach Law, we were discussing his martial arts journey, which spans over two decades, beginning Judo at age three.

Andrew is no stranger to what works and what doesn’t in the chaos of a fight.

With 25 career MMA fights, 14 at a professional level, and a black belt in Muay Thai from former UFC fighter Ryan “The Lion” Madigan, kicks are an essential element of his skill set.

When asked about his opinion of kicks and their effectiveness in martial arts, Andrew stated:

“Kicks in MMA are often and effectively used as an ax, slowly chopping away at a tree.

When kicks are treated like a lightning strike more so than an ax, the tree is obliterated in a single strike.”

As you can see, kicks are no joke when used by a trained combatant. A quick low kick to the leg is enough to chop an opponent leg out from underneath him. A hard kick to the body will cause significant trauma to the organs and send an opponent crashing to the canvas.

Next, I asked Coach Law what his five favorite kicks are and if he would be willing to give us a demonstration of his skills, to which he eagerly accepted.

Check out Route 250 Fight Team’s in-depth break down of the kicks, as well as some awesome instructional video from Andrew Law to give you an idea of how to do them yourself.

The Rear Teep is a staple of Muay Thai; it’s simple front/push kick that is deceptive as it is powerful.

Often utilized as a lead leg kick, which is the jab of the foot; a rear cross, or two as a Rear Teep.

The martial artist kicks directly through an opponent’s centerline as opposed to attacking with a round horizontal kick to the often heavily defended outer limbs of your opponent.

Properly executed, the Rear Teep will bolster your defensive and defensive skill sets to the point where it can begin to have a detrimental psychological effect on your opponent due to its quick and deceptive nature.

The Rear Teep is executed the same way as a lead leg front kick but, with the rear leg instead, delivering greater kinetic energy on impact but quick enough to surprise even the most skilled fighters.

A Lead Leg Kick is a roundhouse kick with your lead leg to hook around your opponent’s defense and land a kick to the body.

A roundhouse kick is a chambered kick that’s applied in several martial arts with many variations, such as the Roundhouse Teep or the Mawashi Geri, but the mechanics of the kick are similar in all.

The Lead Leg Kick is a semi-circular kick that requires extreme flexibility and explosiveness , but once mastered, having the option to kick around an opponent’s guard and knock them unconscious is a valuable tool that shouldn’t be taken lightly.

The Side Kick is hands down one of the quickest and most devastating kicks in the Thai fighter’s arsenal.

Best utilized as a lead leg kick given its long-range capability, a fighter can quickly gain a broad swath of ground while delivering a powerful, penetrating blow that will send your opponent staggering off balance.

Compared to the Rear Teep, the Side Kick requires you to turn your centerline 90 degrees from your opponent; kneecaps pointed away as well.

The lead leg is then extended and straightened then opening your hips, a ratio of 70% your weight on your rear leg and 30% on your front, turning your hips downward then bursting your heel into your opponent’s torso or face.

Walk into any MMA gym; the odds are you’ll see this kick thrown a lot, especially when fighters have opposing stances.

The Inside Leg Kick is a mid-range, 45-degree roundhouse kick for chopping away at an opponent’s heels, knees, and thighs.

Kicks like this one are excellent when used a lot.

Repeated impacts to the same area of your opponent’s leg make it almost impossible to put any weight on that leg, leaving them a stationary target.

Muay Thai’s use of the eight limbs in hand to hand combat is unprecedented in its ability to deconstruct an opponent systematically. The low kick is the most popular, if not the most effective kick in striking.

The low kick is chopping at the metaphorical tree down at its tree trunk; a damaged leg will rob your opponent of the strength in their legs, balance, confidence, and their will to fight altogether.

There isn’t much power a low kick, but what they lack in stopping power, they make up for in pure velocity and confusion, which makes the Outside Low Kick extremely useful in setting up follow up strikes.

We at Route 250 Health and Performance hope you enjoyed this segment from Coach Andrew Law and the Route 250 Fight Team.

Martial arts aren’t just a means to learn how to fight, they’re a means for bettering yourself physically, emotionally, and spiritually; all of which are essential aspects on the path of wellness.

We are proud to announce the launch of the Route 250 Martial Arts and MMA program on June 4th so contact us to register for Judo, Jiu-Jitsu, Muay Thai, and Self-Defense classes and continue your journey to Do More and Be More.

The Story of a "Fat" Gym Owner

6 Tips For A Better Deadlift

Benefits Of Route 250 Martial Arts For Your Child 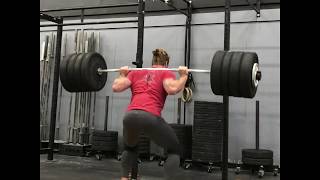 The Story of a "Fat" Gym Owner 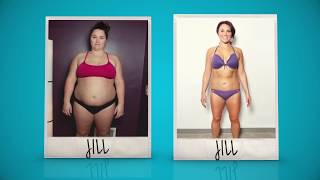 Hey Women...Are You Over-Worked and Over-Stressed?